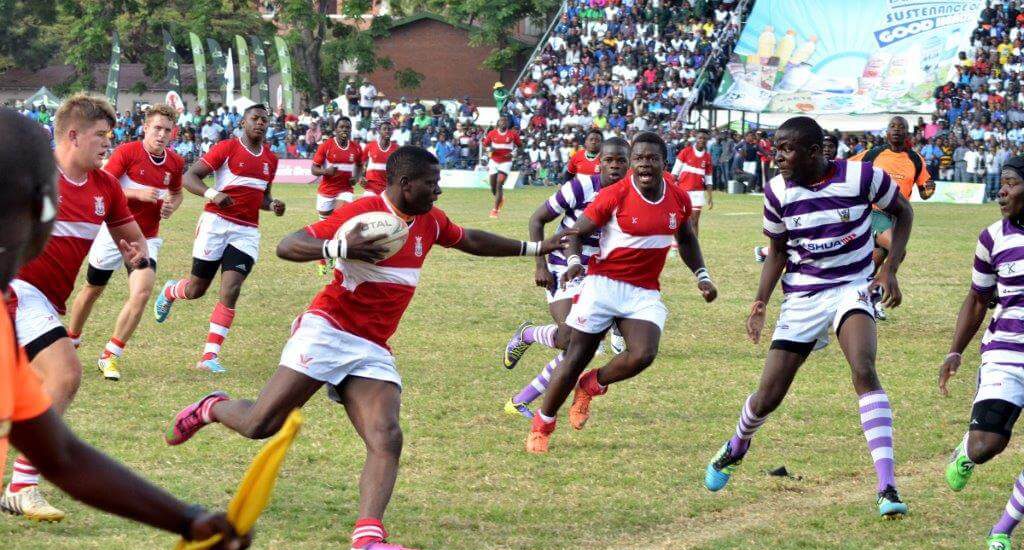 DAIRIBORD Zimbabwe has renewed its contract with Schools Rugby Festival for the next three years with a sponsorship package of $182 000 per annum.

The event will run from April 30 to May 6 and was launched at Prince Edward High on Tuesday, with Dairibord marketing executive Tracy Mataviri pledging their commitment to one of the biggest festivals in Africa.

“We take pride in being part of this sporting festival as we carve space in the annals of rugby history in the country. The tournament has grown with each passing year to become one of the biggest rugby festivals in Africa.

“We are confident that this year’s rugby festival will once again herald the beginning of a bright sporting career for our young men and women who are talented and passionate about sport.

“The festival has grown in stature to become one of the platforms where the best rugby players are selected.

“It is the second nature of Dairibord to have an interest in sport sponsorship because there is so much in common between sports and business in terms of requirements and attributes,” said Mataviri.

Dairibord Zimbabwe Schools Rugby Festival director Tawanda Jimu said they have now cut the number of schools to 150 to accommodate quality not quantity.

“This year is going to be another interesting festival as we have reduced the number of teams from last year’s 196 to 150 this year.

“This year we will be focusing on quality not quantity, so we invited some of the best rugby-playing schools.

“We are also going to have international flavour as we will have two teams from Botswana — the Botswana Under-19 as well as the Livingstone Rugby College, and the Zambia Under-16 together with the Windhoek Rugby College.

“The girls teams have also been increased from 30 to 34 to promote the girl child,” said Jimu.